Just when you thought Creative Assembly was done and scraping the bottom of the barrel before moving to Warhammer III, the Total War developers throw you a rat-infested curveball. Much like the sprawling and decrepit Skaven underground cities, The Prophet and The Warlock DLC released today looks like a minor Lord Pack thing from above, but in actuality adds a lot of game changing things under the surface.

Bringing the red skin Tehenhauin to the Lizardmen and the greatest Warlock Engineer Ikit Claw to the Skaven, this DLC follows the same moulds of last year’s Curse of the Vampire Coast.

New units, new Regiments of Renown, and two new lords and their new respective factions are all here, alongside additions that change the way their races play. Don't starve together: all survivors gorge chest download free.

The Skaven -- undisputed masters of subterfuge and damnation -- get a bit madder and deadlier with the addition of Ikit Claw, the ratmen’s greatest scientist ever. A warlock engineer with unrivalled control of warpstone magic and contraptions, Ikit has access to the Forbidden Workshop; a special upgrade system that allows Clan Skryre to upgrade some of its most dangerous contraptions. The new Doom Flayers (giant hamster balls of death), gatling-toting Ratling Gunners, and Warplock snipers can all have their stats and special abilities upgraded via the Workshop, as do the Doom Rockets: unique faux-nuke missiles that can be called in from the air as a special mid-battle ability. Together, those new devasting options add even more offensive capabilities to what was already a pretty deadly race.

The Doom Rocket is an interesting thing, being one of two Clan Skryre-exclusive contraptions. Built on the workshop in exchange for Warpcells and food during the campaign map portion of the game, the Rockets can be stockpiled for use in battle and employed to devastating results. Activated like all other special abilities in the game, the missile drops with pinpoint precision after a 5 second timer, potentially annihilating entire units with a green warpstone fuelled mushroom cloud. The explosion is both weaker and smaller than I expected -- it is perfectly possible to wipe out 90% of units even with a perfect direct hit -- but the tactical destructive power is unmistakable, and used in the right circumstances, it can completely change the course of a battle. Luckily for non-ratmen races, only 5 of those can be held in the inventory at any one time.

The biggest Skaven change brought by this update is actually not part of it at all, but a bundled free content patch. Skaven finally got the ability to build undercities, inspired by the framework of Vampire Coasts’ Pirate Coves mechanic. By conquering a city or sending an Engineer hero to found a burrow underneath it, all Skaven factions are now capable of building a complete underground stronghold beneath any land settlement in the game. With 4 building slots and a dozen chains of buildings to choose from, the undercity can be slowly built over several turns all the way from level I to V, netting Skaven corruption, resources, gold, and food in the process. Upon reaching the highest settlement level, a special ability can be triggered -- a Vermintide which immediately spawns a full army inside the enemy’s city, or a Doomsphere which starts a 15 turn timer that ends with the settlement being blown into ruins. While all Skaven factions can trigger Vermintides, only Clan Skryre can build Doomspheres.

On the other end of the scale, we got the order-loving and very religious Lizardmen, represented here by the warrior Tehenhauin. A red-crested skink who lost many of his brethren to Skaven schemes, Tehenhauin is set on fulfilling the prophecy that will bring the serpent-god Sotek back to the world. This manifests in the campaign as a prophecy meter, progressed as the events described in tablets (such as enemy sacrifices and conquered territories) are fulfilled.

Those prophecy events ally with the new Sacrifice to Sotek mechanic to bring both bonuses and penalties, ranging from increased unit upkeep to better unit stats and even Regiments of Renown. As the prophecy progresses, new abilities and modifies crop up over time, slightly changing the way the game is played until the prophecy is completed.

Unit-wise, the most notable Lizardmen addition are the Salamanders -- huge flaming lizards that are able to spit pretty fireballs into hordes of oncoming enemies. They are fast, numerous, and beautifully animated, making one hell of an impact on the battlefield when used properly. The Red-Crested Stinks are also surprisingly good, armed with armour-piercing weapons and able to move faster than most infantry units, and their Regiment of Renown variation is made even better by their unbreakable attribute and Refuse to Die ability which makes them temporarily invulnerable.

Unfortunately, the Lizardmen still severely suffer from a lack of ranged capability, with the Salamenders and the Engine of the Gods variant of the Ancient Stegadon the only new ranged units in the pack. This is partially offset by the Lizardmen’s capable melee power, but it becomes quite noticeable when facing the range-packed roster of the Skaven or High Elves in battles. 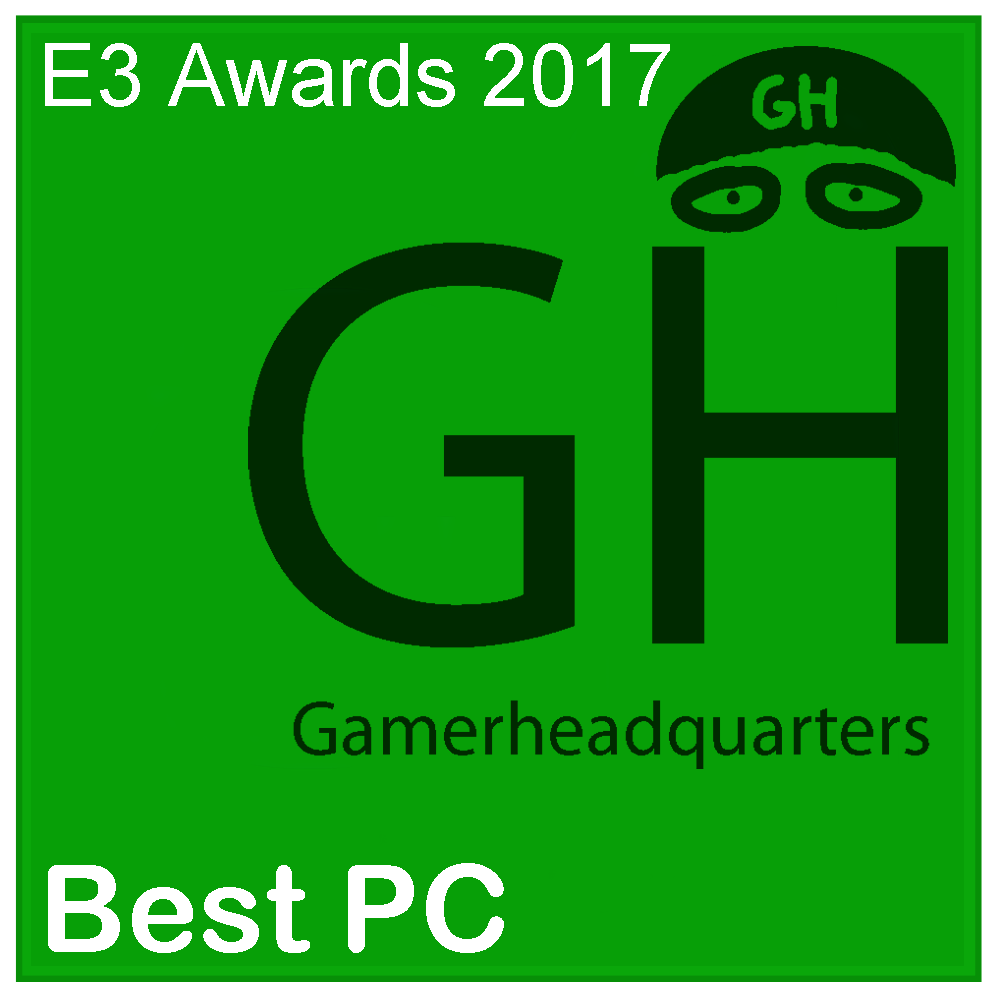 The most interesting thing about The Prophet and The Warlock is that it once more captures the style of each race, while perfectly expanding their differences. Skaven are utterly conniving and sneaky now, capable of unleashing unspeakable hell out of nowhere if left unchecked for long, and their playstyle favours gambles and risks that can be devastating to the enemy if they work, or to you if they backfire.

Meanwhile, true to Lizardmen style, Tehenhauin thrives on order and efficiency, and it’s a faction meant to be played in a certain manner -- the same way the Lizardmen of lore follow the Old Ones’ orders to the letter. You can choose to not sacrifice enemies after every post battle, but you should -- not only because it gives you bonuses in gameplay, but because fluff wise, it’s what Tehenhauin interprets as what the Old Ones wanted.

Somehow, Creative Assembly managed to completely understand and encapsulate what each race is, and add interesting and fitting game mechanics that reward you for playing as they should. The Prophet and The Warlock is a surprising addition to anyone interested in the Skaven or Lizardmen, and it should definitely be given a shot. 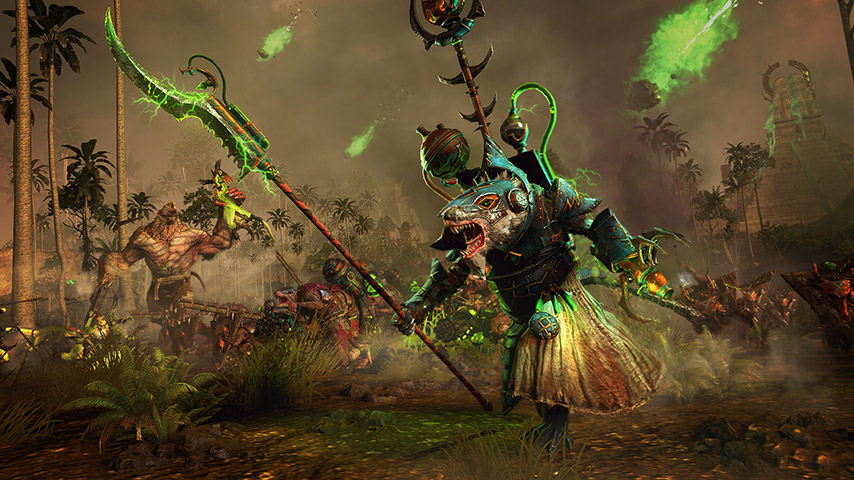 The Skaven strike back in the upcoming Total War: WARHAMMER II DLC The Prophet & The Warlock, which launches next week on April 17th. Pre-order today to save 15% off!

Set foot into the jungles of Lustria next week when The Prophet & The Warlock DLC for Total War: WARHAMMER II launches on April 17th. While Sotek, the great Seprent-God sleeps, his prophet Tehenhauin prepares for battle. Using his army of Red Crested Skins to do his bidding against the foul Skaven that have plagued the jungles. In this brand new DLC, players will be able to play as two new legendary lords - each with their own quest chains, legendary items and skill trees to unlock. Play as either the Skaven or Lizardmen with new mechanics and units, such as the arch Warlock Engineer Ikit Claw, who can build deadly weapons in the Forbidden Workshop.

Unleash powerful attacks that can cause massive destruction with the Clan Skryre Doomrocket or summon the mighty Serpent-God himself with the Great Invocation of Sotek. You can even unlock new Regiments of Renown to use in battle as you recruit and field your units. Which faction will come out on top? Find out next week when the DLC launches on April 17th. Take a look at the trailer and what's included with the DLC below!

Total War: WARHAMMER II - The Prophet & The Warlock launches on April 17th. Pre-order the DLC today to get your key instantly and save 15% off!