Join the Sorcery! Parts 1 and 2 #giveaway on @OpiumPulses for your chance to #win a #free copy! Parts 1 and 2 official site, here’s wot I think: I’m very fortunate that I did enjoy a good few Steve Jackson and Ian Livingstone books as a kid in the early ‘80s, thanks to my father who was a big enthusiast, but I confess that I never did read the Sorcery!

Sorcery! is a digital rendition of Steve Jackson’s adventure books of the same name, first published way back in the early 80s. The name has been brought back to life by indie developer trio inkle, the company behind the acclaimed 80 Days. The game is a faithful adaptation of these old choose-your-own-adventure novels and are complete with John Blanche’s original illustrations.

Elements of the world of Sorcery! should be familiar to anyone who has played a western RPG or watched a certain fantasy film trilogy, taking clear inspiration from the work of J. R. R.Tolkien and Dungeons & Dragons. Perhaps most so from D&D as the options and choices you are offered through the story reminded me of the more open nature of the pen and paper RPG. While not allowing you to act out anything you can imagine, the way in which magic works in Sorcery! gives you a greater range than many other games.

As a sorcerer, you carry a tome of magical spells. Spells are restricted by the stars, with the idea being that channelling from the formations above allows you to cast. In game, whenever you choose to cast a spell, the game sweeps upwards and letters appear. Taking both meanings of the word “spell”, you select three letters to form a word, part of a word, or something resembling a word, be it something like ZAP or HOT, to cast lightning or a fireball respectively.

Your sorcery is not limited to offense, with spells like DUD to create an illusion or DIM to confuse an enemy or other creature. You can’t just spell out any word you like though, with each of the three letters split into areas populated by a small handful of letters. While this can on occasion stop you from using the spell you want in a situation, it does also make it easier to quickly assess your options and choose the appropriate action. In a fight, it may even be better to slow the movements of an enemy with DOZ than set them alight.

You can also engage in melee combat in Sorcery!, with a system that works almost like gambling. In a standard encounter, you and your opponent start with 10 points of stamina. You select the power of your attack by selecting a value of points to a first decimal. A swing of 5.8 will beat any attack below it, but a selection of zero will act as a block, leaving you take just a single point of damage. Your stamina slowly regenerates after each attack, so a careful balance of light and heavy attacks is important. The dialogue and exposition that is told during a fight will also hint towards your opponent's next move, a subtle guide to guard or go in with full strength.

The first half of the Sorcery! story, you are taken through the books The Shamutanti Hills and Kharé: Cityport of Traps. The first part acts as a fairly familiar journey through unknown lands, that on my playthrough took me through valleys and villages, and a goblin mine. The world is displayed like a boardgame, with the player character a piece on the table. At various points, you draw lines as the path you want to follow, with forks in the road to lead to down different storylines. The second part is set in the town of Kharé, and instead tasks you with travelling across safely, trying to avoid trouble. While the first part doesn’t offer much in the way of additional content, part two introduces a minigame early on that can be played in other locations - but there really isn’t much difference between the two.

As a game primarily told through writing, it jars when spelling and grammatical errors appear. It will always be a slight disappointment, but as a game featuring more written words than most I’ve played recently, I can forgive the odd extra comma, as it doesn’t take away from the narrative. 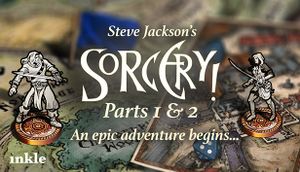 There are also certain areas that feel lacking, coming as someone who enjoys D&D. Entering a building will prompt exploration in most cases, but sometimes your options are more limited than I would like. It’s nice when I can read pages of exposition of a Lord’s manor in the city, but when I find a woman locked in a cage begging for help, it would be nice to investigate for some clues. As a text based game too, being placed in a maze you can’t physically see with only the option to move left, right, or back is boring in 2016 - take that, old games!

Sorcery! is a simple game that works well on mobile but is underwhelming on PC. That doesn’t take away from it being a fun experience, as forming your own tale will always be something unique to games and gamebooks. Sorcery! doesn’t try to tell an epic story, instead feeling more like a Saturday morning cartoon - as it should, being a children's book - and will entertain over a slow afternoon. 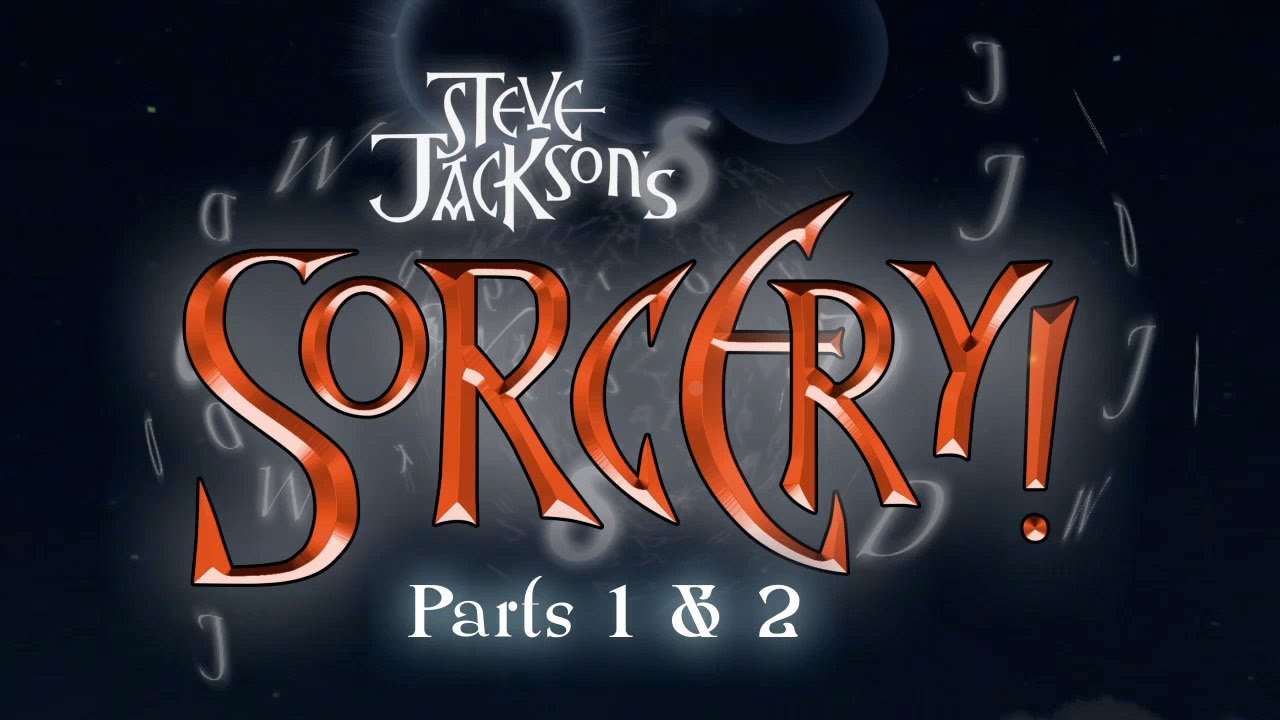 Game is enjoyable, outweighing the issues there may be.

When it comes to gameplay, Sorcery! won't be taxing for anyone. While the melee and magic combat don't shine on their own, they support the text adventure side of the game well, breaking up the extended periods of reading. Doesn't try to be an epic adventure, and will entertain over an afternoon. War thunder - japanese starter pack.