This is an early alpha release of our new open source project: Screeps IDE. It’s a package for Atom editor which will become our officially recommended way to code for Screeps in the future. 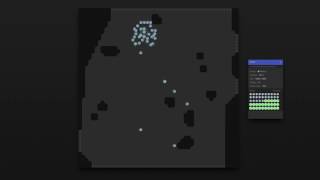 In this first iteration we’re going to reimplement the same basic functionality from the in-game client IDE:

During further development we will be adding more features to it, for example official TypeScript and folders support.

How to get started:

Since this is still an early unstable alpha, the UI is not fully polished and many bugs are expected. Please report any issues and give feedback on the project page on GitHub.

Arbucklemtbluegrasspark is not an official representative or the developer of this game. Copyrighted materials belong to their respective owners. Warning: Users can download the game from the links of Official Website and legal sources offered in the following articles.
Screeps is about scripting your creeps.

It is an open source MMO RTS sandbox game for programmers, wherein the core mechanic is programming your units AI. With all the attributes of a full-fledged strategy game, you control your colony by writing real JavaScript which operate 24/7 in the single persistent world filled by other players on par with you.

Your colony can harvest resources, build units, conquer territory, trade with another colonies. As you conquer more territory, your influence in the game world grows, as well as your abilities to expand your footprint. However, it requires a lot of effort on your part, since multiple players may aim at the same territory.

Screeps is developed for people with programming skills. Unlike some other RTS games, your units in Screeps can react to events without your participation provided that you have programmed them properly. And, unlike other MMO, you do not have to play Screeps constantly to play well. It is quite enough just to check once in a while to see if everything goes well.
Features:

There's not a lot of questions about Screeps. Ask insistently in the comments so you can make it frequent! Yup,take me to comments