The Handsome Jack Doppelganger Pack DLC is part of the game’s Season Pass, though it should also be available for purchase separately. Other playable characters in the game include fan-favorite.

Borderlands 1.5! i mean The Pre-Squeal!

The latest addition to the borderlands franchise which is an awesome moon based adventure Following the adventures of four characters fan’s of the franchise past and future Nisha The law bringer a bandit hunting bandit, Handsome Jack’s future girlfriend and the optional boss of Borderlands 2, Athena The gladiator, introduced in a borderlands 1 DLC ‘The secret armory of general knoxx’ she enter’s here as a down on her luck assassin who wants to work for the ‘hero’ Handsome Jack and Hyperion who want to simply find a vault and save the moon! next is Wilhelm the enforcer! one of the galaxy’s deadliest mercenaries with a implant addition that rivals Joan Rivers, But replace plastic surgery with awesome robot parts! and last and most certainly least Cl4p-tp the Fr4g-tp, the series mascot and resident annoying robot who isn’t stupid he’s advance.

Following the story is set on pandora’s moon know as Elpis, which is space Australia pretty much, which along with making sense given where the game was made also really helps Elpis stand out from pandora just by voice acting, it feels like a different place that is just out of orbit, with the new creatures and characters abound.

The story really stand out as showing the rise of Handsome Jack and how he started off and how he ended up where he was in Borderlands 2, being able to see Jack before his fall and the build up to his actions in Borderlands 2, the story showing the rise of Handsome Jack as he goes looking for a vault on the moon, as well as saving it from being destroyed by the bad guy Colonel Zarpedon and her army of the lost legion trying to destroy the moon!

The game play is pretty much Borderlands 2 but with a little more, such as the addition of lower gravity and the ‘butt slam’ which add more fun over all to the game.

in the time it took me to write this review, three bits of DLC have come out so i’ll just thrown these on at the end. 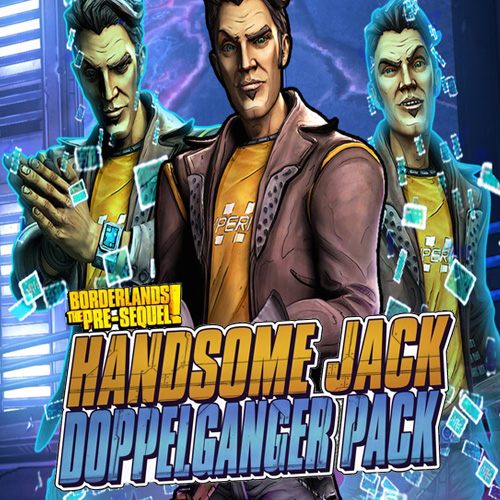 The Doppelganger pack, the dlc pack that allows you to play as Handsome Jack ‘100%’ really Handsome Jack and not at all a guy with too much student depts and nothing to lose, he is a fun character to play as and has a awesome and pretty fun skill tree to play out with, his action skill being able to fire out holographic doubles who deal damage, with my personal favourite skill tree that gains bonuses based on the failure of both these holograms and your friends getting hurt.

Next is the holodome onslaught, vault hunters Axton and Gagie wish to hear the story Athena is telling, but have no wish for the fluff and story of it all so simply wish to hear the violence and gore, so the holodome onslaught was born. a short little DLC with some cool ideas that quite frankly was a bit lacklustre and made me nearly regret buying the season pass, but thankful characters like Jack and Lady Aurelia Hammerlock saved it for me so far, who i will talk about next.

The Braoness pack introduces us to Lady Aurelia Hammerlock, sister to my favourite character Sir.Hammerlock. a rich bitch who may own a planet, a cold sinper with a cool action skill (hehe pun) releasing a shard of cryo damage that is amazingly powerful. and a fun sniper tree that made me love it where formely i played as Gagie the Mechromancer and didn’t at all ahve to aim.

Over all the Pre-Sequal is a fun game and as a massive borderlands fan it is sooo much fun just to play more Borerlands with some changes in game play that change it up well.

2K and Gearbox Software announced today that the first add-on content pack for Borderlands®: The Pre-Sequel™, Handsome Jack Doppelganger Pack*, is now available** for the PlayStation®3 computer entertainment system, Xbox 360 games and entertainment system from Microsoft, and Windows PC. The Handsome Jack Doppelganger Pack features a fifth playable character for Borderlands: The Pre-Sequel, adding hours of shoot ‘n’ loot action to Pandora’s moon. Fans will become the maniacal tyrant from Borderlands 2, or at least his trusted body double, also known as Jack the Doppelganger. For the first time, players will take advantage of Handsome Jack’s charming good looks to distract and fight enemies or cut them down with witty banter.

“It’s been amazing finally seeing fans’ responses to Borderlands: The Pre-Sequel,” said Tony Lawrence, studio head at 2K Australia. “Borderlands’ fans continue to be so loyal to the franchise, and the team couldn’t wait to give them more opportunities to experience and explore what makes Handsome Jack such an iconic villain.”

Ed: There are also codes available for 5 Golden Keys! Use these codes to unlock them based on your platform: