Summary: System Rift focuses on the strengths of Deus Ex to craft a satisfying stealth romp.

Deus Ex thrives within constrained design. System Rift is characterised by a singular goal: infiltrate the well-guarded Palisade Blades bank. Because this is a standalone experience, Jensen is stripped of his augments and the player is given a handful of Praxis kits with which to re-spec. At first, I was critical of this—adjusting to a non-optimal Jensen again is difficult—but the reduced skill set forces the player to adapt and improve. Be smarter. No longer can Jensen just blunder down whichever path he arrives at first; he must seek out a path that his restricted augments can allow. And these different augments can drastically alter the path Jensen takes through the building.

Breaking into the Palisade Bank was one of the stronger elements of the main game. Revisiting this concept—but trimmed of the fat—is clever design. Mankind Divided struggled to do anything meaningful with its Aug Rights narrative and its absence from System Rift is only beneficial. Its replacement, moralising cyberpunk Robin Hood hackers, is not a significant improvement, but Jensen largely opts to ignore this in favour of the best bit: sneaking. While the multiple alternative pathways concept is not exactly new to Deus Ex, it does feel different in this context—outside of the scope of a larger game. In some ways, I suspect System Rift is testing the waters for future episodic Deus Ex games; episodic shouldn’t necessarily replace the traditional stealth RPG we have, but more of this tight, self-contained design would be an appreciated addition.

In System Rift, perhaps more than ever, the option of a lethal approach seems like a pointless inclusion. The joy comes from sneaking through vents, from avoiding patrols, from hacking computers and doors, from hiding unconscious bodies under staircases. Open combat, by comparison, is bland and unsatisfying. Stealth affords other benefits: the ability to eavesdrop on guards and Palisade employees, all of whom have fun dialogue. My most memorable moment: listening to a guard complain about the bank’s lack of danger, moments before I leap over a staircase, stun gun his partner, and then knock him out. Priceless.

The last—perhaps most shocking—point is that Adam Jensen has actual character. Mankind Divided robbed Jensen of a defined personality and made him a flat player-proxy. But with the return of Frank Pritchard, a man Jensen alleges to dislike, we see him experience some real, human emotions. Pritchard jokes about Jensen stopping to help random civilians; Jensen adamantly insists, to both Pritchard and hacker ShadowChild, that he won’t break into Palisade Blades—right up until the point where he does. It’s clear from these kinds of interactions that Jensen, the character, exists: he likes to help people, he likes to sneak into places. System Rift’s final interaction between Jensen and Pritchard even suggests that the surly, robotic demeanour is an act. At the very least, Jensen likes Pritchard far more than he’s willing to admit. 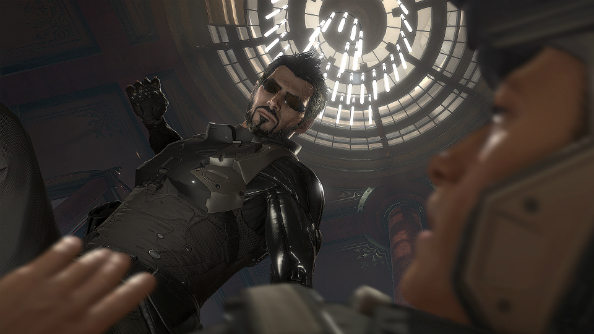 System Rift is a good sign for Deus Ex. 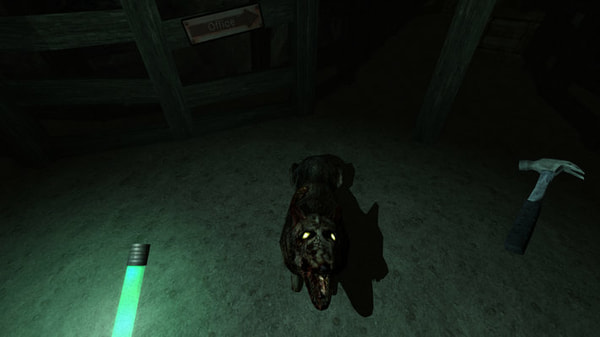 There’s a lot to be said about the first piece of Deus Ex: Mankind Divided downloadable content, System Rift, which brings back everyone’s favorite hacker in a new standalone story. System Rift may be a short piece of DLC, but that doesnt stop it from delivering more of Mankind Divided’s excellent level design across the two-hour campaign.

In the new DLC, Jensen teams up with former colleague Frank Pritchard (present in Human Revolution) in order to hunt down information regarding the Santeau Group. To obtain that information, Pritchard asks Jensen to help him break into the Palisade Blades, one of the most secure data storage facilities on Earth.

If you’re unfamiliar with the Palisade Bank Corporation, they’re one of the most prestigious corporate archiving facilities in the Deus Ex universe. As a company, Palisade serves many big name clients such as Tai Yong Medical, the Picus Group, and VersaLife, alongside private clients such as billionaires and world leaders for whom they keep information and dirty laundry hidden from any country’s legal jurisdiction. Let’s just say they hide a lot of secrets for a lot of people and that really helps build a suspicious presence among the public.

The Palisade Bank Corporation has something else to offer alongside all of that dirty laundry though: some of the most intricate and impressive level design present in all of Mankind Divided. Like the building’s counterpart in Mankind Divided’s main campaign, the Palisade Blades are organized into tiers of office rooms, lobbies, and maintenance closets which are all interconnected by a series of air vents. While there are certainly more optimal paths than others, the Blades are basically another classic playground for you to dive into as Jensen, provided you stick to a more non-lethal approach. 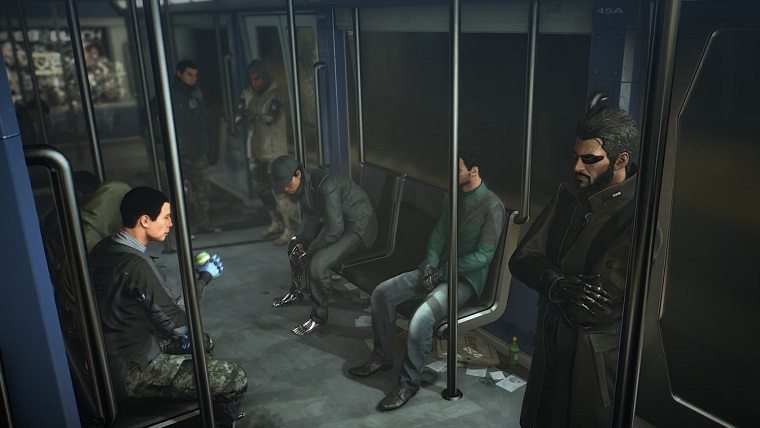 You could opt to go with the more lethal approach as shown in the trailer for System Rift, but it’s honestly an expansion best played non-lethal due to how each level of the Blades is designed. They’re filled with employees working late, janitors cleaning after hours, and a heaping mess of robotic security systems to protect the building. It’s a shame that many of the staff members are almost always in the wrong place at the wrong time. I always felt terrible for knocking out my janitorial buddy — we’ll call him Phil — during my two playthroughs.

Unlike the main story of Mankind Divided, System Rift is an expansion filled with areas that force you to confront enemies and security measures no matter what route you take. This time around the game didn’t offer up a specific path that allowed me to skip through security measures or walk through a series of air vents to reach my objective without encountering a Palisade employee. Instead of feeling all-knowing and all-powerful, I felt pretty weak, which was a welcome change of pace.

Granted, the limited augmentations present in the expansion did help plant this feeling too. In System Rift, you’ll start from scratch when it comes to augmentations and only receive around 15 Praxis Kits to spend over the course of the expansion.

Just when you think you’ve worked your way through the tightest security in the Palisade Blades, System Rift throws another twist at you: heat sensors. Towards the end of the DLC, you’ll find yourself going up against security systems that can see you through walls, and more importantly, Jensen’s cloaking system. The only way to hide from these advanced security systems is by hunkering yourself down next to a heated object or server, where they’ll simply pass you by.

Naturally, these heated locations are scarce across the entire area which makes remote hacking a very useful tool to have in the second half of the DLC. Even with the ability to hack through security at a distance, the last area was incredibly challenging to navigate. I had numerous encounters were I had to either think creatively or I stumbled and instinctively used my cloak only to be shot on the spot. It’s a different type of section that takes away your most valuable stealth tool, and that’s something Mankind Divided needs to keep pushing in additional downloadable content.

These subtle changes and forced encounters are honestly what make System Rift a compelling piece of content even though it may be a bit short for the $12 price tag. Regardless of how you view the content, there’s certainly a classic Deus Ex feel to Palisade Blades’s level design with a few heated twists, and that makes it worth your while if you’re looking for a little more Deus Ex: Mankind Divided.