25 votes, 24 comments. 42.1k members in the baldursgate community. The unofficial reddit home of the original Baldur's Gate series and the Infinity. Baldur's Gate: Faces of Good and Evil. This content requires the base game Baldur's Gate: Enhanced Edition on Steam in order to play. All Reviews: Mixed (62) - 50% of the 62 user reviews for this game are positive. Release Date: Aug 14, 2017. Leisure suit larry – wet dreams don't dry. Developer: Beamdog.

Comments: Safana is a great thief and a good NPC to have around. Her high dexterity means that she has good thieving skills, like a good Find Traps and Lockpicking abilities. It also means that her AC is pretty good. She doesn't have a dexterity of 18 or 19 as some other thieves, but it doesn't matter a lot. Safana is also a very gorgeous NPC who will play around with a lot of males in your party, which can get pretty interesting. She also has a good charisma, which helps when trying to get the best prices from stores. Finally, Safana comes with a quest, which is to find an old pirate treasure. A very rewarding quest once completed. All in all, Safana is probably the second best thief in the game after Imoen, and she has a better strength than her.

Comments: Edwin is really the best mage you can find in Baldur's Gate since he has the best intelligence and that his personal amulet grants him extra first and second level spells. He also has a good constitution, meaning that he has more HPs than an average mage(which is good, as HPs are one of the weaknesses of a mage). Edwin's problems is that he has a really low dexterity, which translates into a high AC, and that he is evil, which means that good-aligned parties won't be able to have him for long. Edwin also comes with a quest which can be quite entertaining: to kill Dynaheir(although you can have her join your party instead). All in all, this Red Wizard of Thay is worth a try! He is a very good spell caster. In your face Dynaheir!(note that being a conjurer also means that Edwin is able to cast all but divination spells; a good deal all in all) 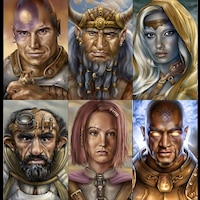 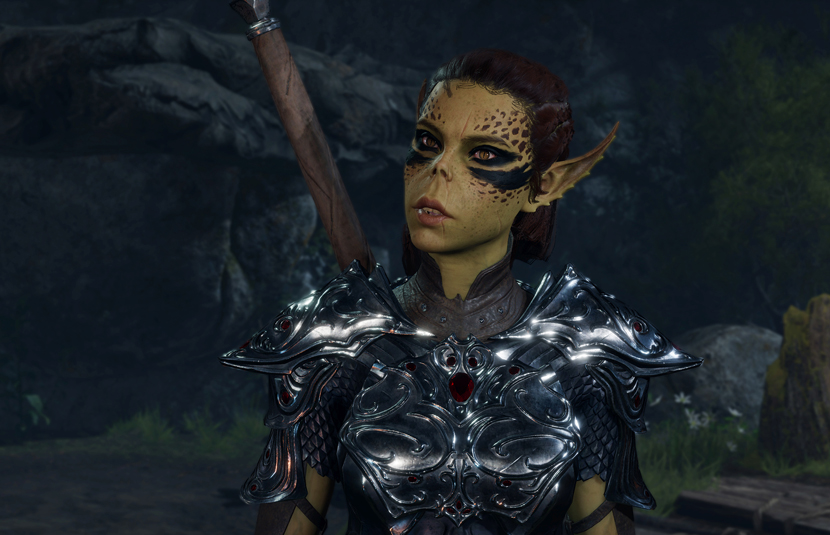 Comments: Kagain is probably the best melee fighter you'll find in Baldur's Gate. He has a good strength and an amazing constitution which ensures that he has massive HPs and regenerates when wounded! His only weakness is his low dexterity, but give him the Gauntlets of Dexterity and he becomes a force to be reckoned and a must for any evil-aligned party. He definitely brings a plus to the party! The negative spots are really that he is evil and unpleasant in his speech(he seems annoyed each time you give him an order), which is really reflected by his low charisma. He does give you a quest when you meet him, but abandons while doing it, so you get no experience and no rewards. Pretty dull! So, all in all, Kagain is a cool fighter you should include in your party if you're evil. He can fight like 2 and dwarfs are also naturally cool characters. Thumbs up from me! 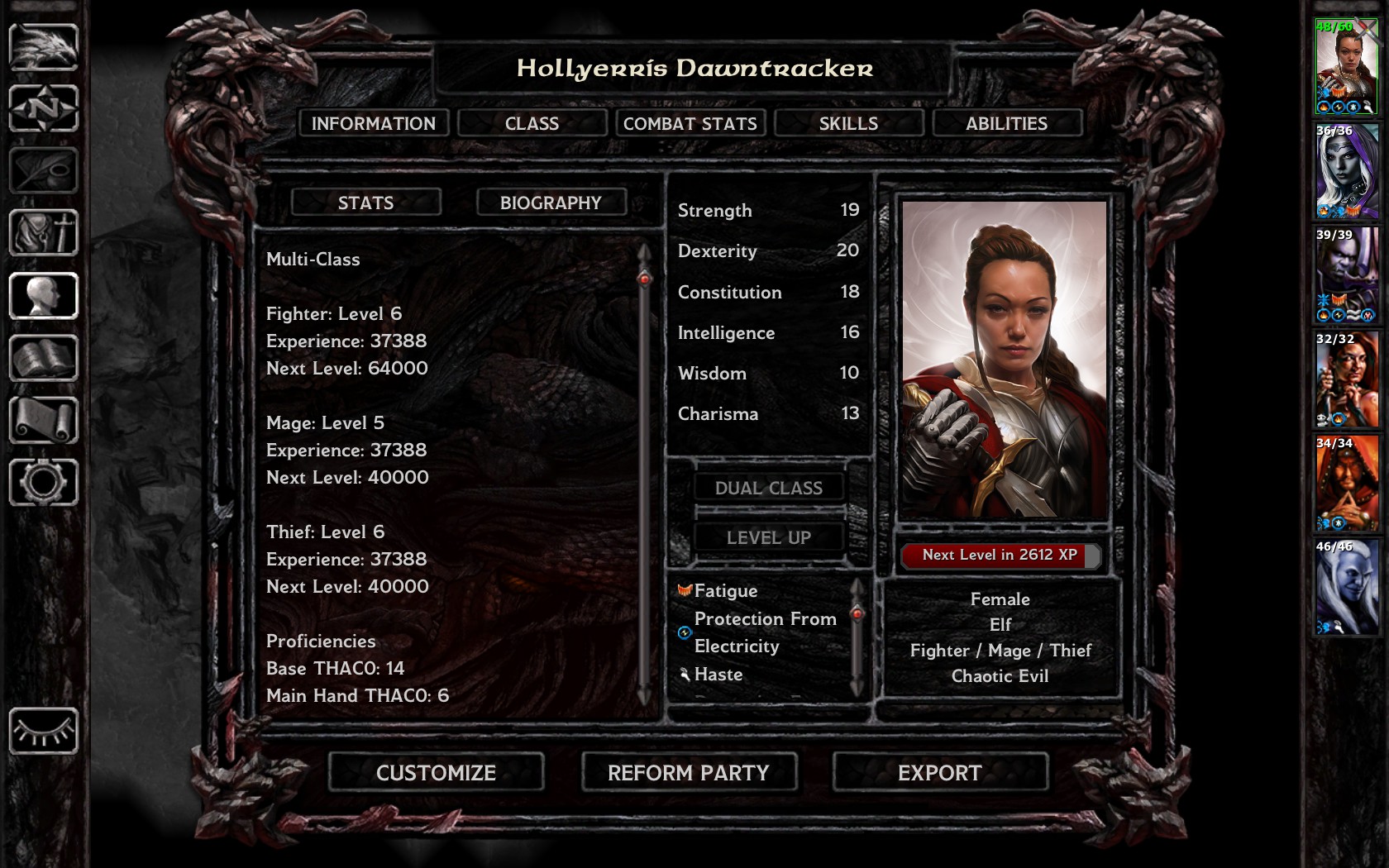 Comments: Eldoth, the 'second bard' in the game, is certainly better than Garrick on many aspects. His strength is better, which translates into more damage and a better carrying capacity. His good constitution also ensures that Eldoth gets a good amount of HPs each time he levels-up. His real weaknesses are his dexterity and his intelligence, which is a bit low for a spell-casting character. He does have a good charisma, however, which helps when trying to get good prices from merchants. Eldoth is also a charming character and a pleasant one to have around. He greets you with a bottle of wine and not a sword like Shar-Teel! He also gives you a quest, to save his lover Skie from her father's estate, which is quite interesting. All in all, Eldoth is a well rounded character and a must if you have an evil party who seeks a bard(he's also your only choice…).

The folks at Beamdog have teamed up with a renowned artist Kieran Yanner to add some new character portraits to Baldur's Gate: Enhanced Edition. This portrait six-pack is available as a DLC on Steam for $1.99 or your regional equivalent. Here's a brief official description:

A brand new Baldur's Gate: Enhanced Edition portrait pack by acclaimed artist, Kieran Yanner is now available on Steam for $1.99 USD.
The Faces of Good and Evil portrait pack includes six brand new character portraits (three male, three female) for you to create charismatic heroes and dastardly rogues and adventure through the Sword Coast.
Make sure to follow us on Twitter and Facebook! We'll be holding Faces of Good and Evil portrait pack code contests and giveaways throughout August!